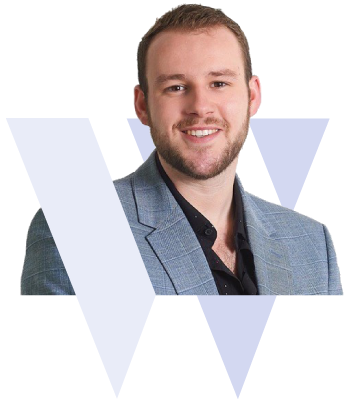 Educational organisations wear many hats. They’re public-facing and property-owning, often have charity status and frequently double as events venues in vacation periods. As the cradles of the next generation of British citizens, they are also subject to regular governmental scrutiny and newspaper headlines.

“Corporate governance issues are frequent, always changing and wide-ranging in this sector.”

This amounts to a full plate of corporate governance work for a company secretary at such an institution. Nicki Goodfellow is Compliance Officer and Secretary to the Governors at St Paul’s Girls’ School, a leading independent day school in West London for ages 11-18. She works with the school’s senior management team to ensure compliance with all relevant legislation and supports the governing body and its committees.

As St Paul’s is also a charity, the Charity Governance Code and the National Council for Voluntary Organisation’s Charity Ethical Principles – launched in January 2019 – have been a major focus. “I was able to present a document to a meeting we had recently, showing ‘all green’, so we’re totally compliant,” Goodfellow reveals. Going forward, diversity will be a key area. “We have a working group, a sub-committee of governors, looking at how to take that forward.”

One significant, ongoing challenge that faces schools operating in the charity sector is interpreting the Charity Commission’s ever-evolving requirements. Goodfellow points to “all of the new questions” added to the annual return that each charity in the UK is expected to complete. “It isn’t always clear how we are supposed to answer them from a school point of view,” she says.

She cites a question about income received from overseas, as a recent example. “In our accounts, obviously the biggest source of income is school fees – and some of those payments will be made from overseas bank accounts. We tried to seek clarification when that was going through consultation and didn’t succeed.”

“From health and safety issues to meeting accessibility requirements in what are often ageing buildings, a compliance role at a school isn’t dull”

The key distinction between other companies and an educational organisation is, of course, the students. On top of the usual governance requirements, “we’re also inspected by the Independent School Inspectorate,” says Goodfellow. Her job encompasses “keeping on top” of the policies all schools need to have. “A particularly large aspect of that is the increased safe-guarding requirements,” she says. “The Department of Education is continually updating and changing those.”

Longer-term, she says, the debate over changes to teachers’ pensions “rumbles on.” There’s also been “a lot of concern about the public-benefit aspect of independent schools and what governments might do over time in terms of their charitable status, which would have a huge impact on affordability.”

Overseeing compliance in the ever-changing regulatory landscape of education can be “a lonely role”, says Goodfellow. When this became part of her responsibilities two years ago, “I reached out to some people doing a similar role in other schools locally, so we could meet from time to time. It’s really useful, also being able to email questions to each other.”

From health and safety issues to meeting accessibility requirements in what are often ageing buildings, a compliance role at a school isn’t dull. “Obviously, the time that the school is closed is when all the major maintenance work is done,” says Goodfellow. “For example, we built a new building that took 18 months. We created an entrance entirely separate from the school, for contractors to come and go.”

St Paul’s has a dedicated compliance group that meets on a weekly basis, “so it doesn’t all fall to me,” she says. “The people who attend that meeting are the key members of the senior management team with responsibility for things like health and safety and safeguarding, and the bursar,” she continues. “It’s a good way of working, because some of the issues will cut across different people’s responsibilities.”

What about Higher Education?

Corporate governance and regulatory compliance are no less demanding in higher education – particularly following the January 2018 launch of new regulator The Office for Students (OfS). This was a significant step in the implementation of the Higher Education and Research Act (2017). The OfS holds higher education institutions such as universities to account when ensuring that students receive value for their investment.

“being able to identify issues and solve problems. It’s all about paying attention to detail.”

“That was a big one,” says Michael Broadway, who is Deputy University Secretary in the Governance team of London South Bank University. “We’re still trying to get to grips with the changes that has made.” In particular, the OfS has turned a spotlight on the academic boards. These set the courses and assessments and are mandatory in order for universities to have degree-awarding powers. In turn, they are assessed externally.

“One of the challenges is how you get your board of governors, the board of trustees, to understand academic governance,” says Broadway. “Because, ultimately, they need assurance that it works effectively in the organisation, but they’re not academic experts. They don’t know, in detail, the process or how it should look.” This can make reporting to the OfS a complex task.

“One of the criticisms levelled at the Higher Education Funding Council – the previous regulator – was that they always supported universities,” says Broadway. By contrast, he thinks the OfS is taking the other view: “that if a university fails, it’s because it’s not good enough and should be left to fail.” He’s not sure he agrees. “I don’t think it helps the students that have been there.”

“The UK’s departure from the EU is likely to have ramifications for fees throughout the education world, not to mention the inevitable financial effects of the pandemic.”

Something that has been scrutinised in recent years, particularly in the media, is vice-chancellor pay. “There was a new code on senior pay that came out probably two years ago,” says Broadway. “That was actually useful. It has led us to look at our remuneration committee and the transparency around that.”

Money is a recurring issue for universities – most infamously, tuition fees. Introduced in the UK in 1998, the cap on their amount was controversially raised in England in 2010 to £9,000. This led to large-scale student protests and remains an inflammatory subject. With the OfS’s focus on ensuring that students get value for money, Broadway anticipates yet more debate.

“The Augar review of student fees has been reported, but I don’t think anything’s happened,” he says. While the government is currently preoccupied with leaving the EU and the financial consequences of COVID-19, “the potential impact, because they are talking about reducing fees, is it’ll be offset by increased government grants.” This would likely present governance changes.

The UK’s departure from the EU is likely to have ramifications for fees throughout the education world, not to mention the inevitable financial effects of the pandemic. Corporate governance issues are frequent, always changing and wide-ranging in this sector. Given these challenges, what keeps those people who are responsible for dealing with them in their jobs?

“It’s always interesting. And it’s a sector where there’s a social good – a social purpose,” says Broadway. To be successful in it, he continues, is “about building relationships with people, being proactive and being able to identify issues and solve problems. It’s all about paying attention to detail. If you’re going to work with senior managers and directors, you’ve got to be on it.”